Alexithymia is the inability to identify, recognize, describe emotions and distinguish between feelings and physical manifestations of emotional arousal. Approximately, 13.5% of general population and nearly 30% of older adults suffer from alexithymia. Currently, there exist no evidence-based treatment for this condition.

Stefán Ólafsson and I decided to design a working prototype which helps stimulate brain's anterior insular cortex by asking patients simple questions throughout the day. Insufficient development of this brain area is hypothesized to cause alexithymia. 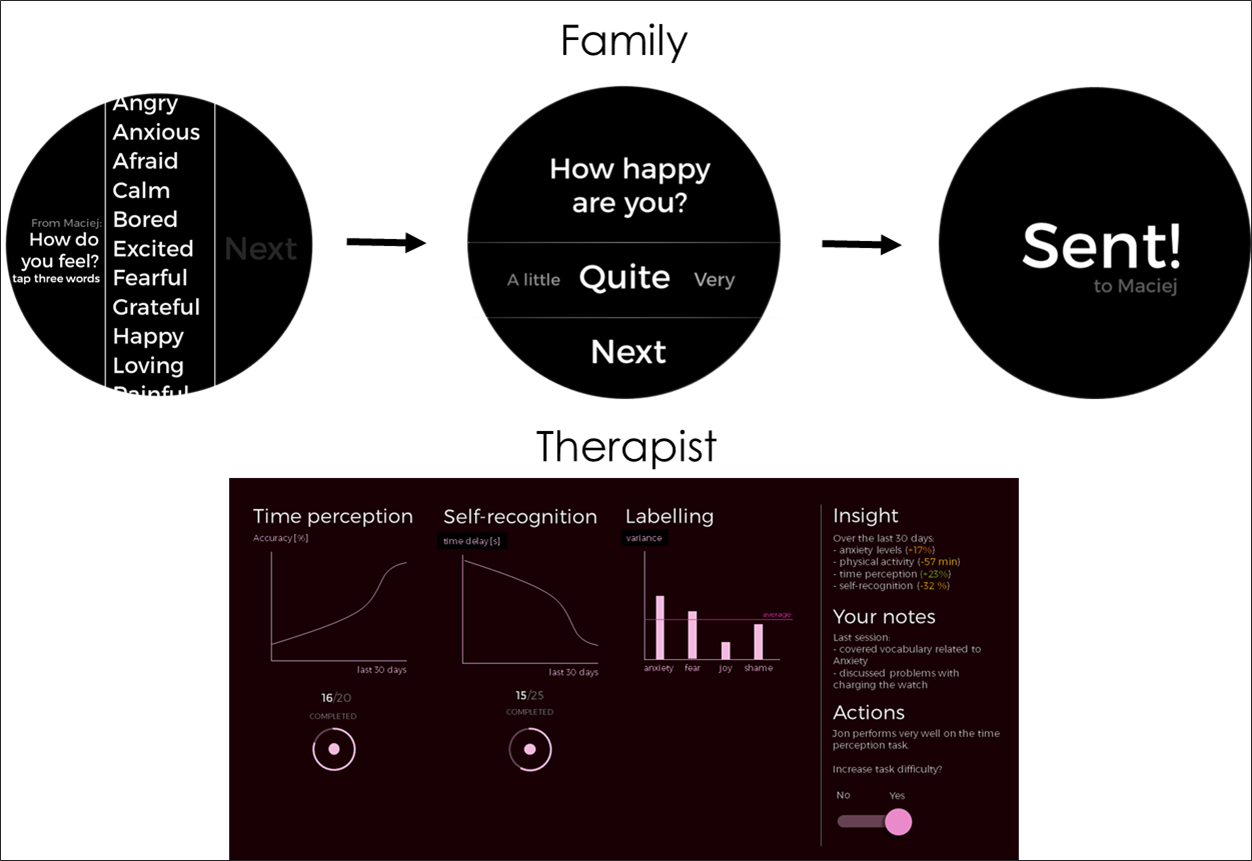